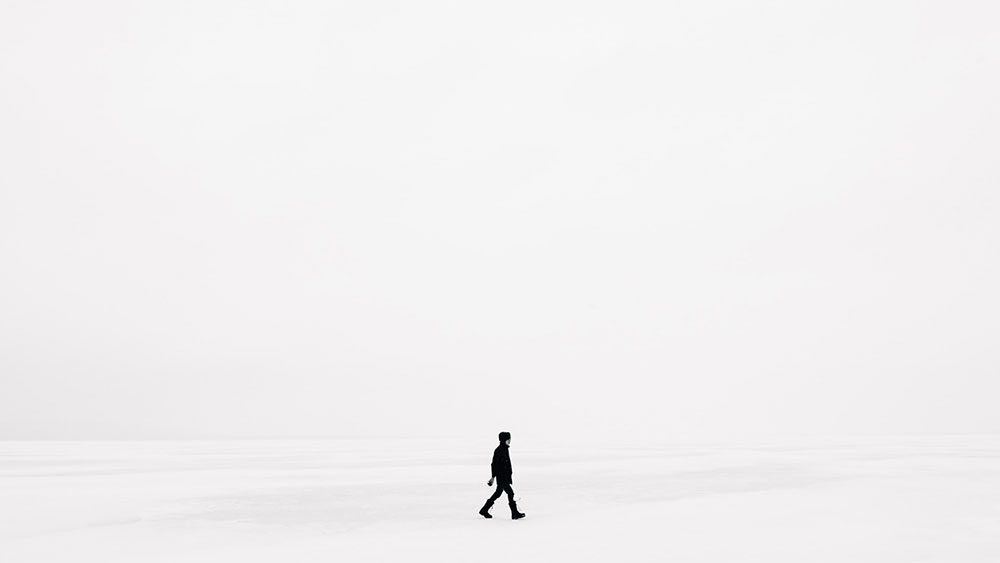 The term minimalism has been hijacked by a lot of different areas. It could mean minimalist art, AKA those really weird modern paintings which are basically just a white canvas with a blue dot in the middle but sell for $100,000. Or minimalist decor, where you throw away all your stuff and your living room consists of a beanbag and lone twig in a vase for decoration.

(Maybe minimalist clothing is running around town in your underwear?)

Or, there is minimalism as a means to save money, reclaim creativity, encourage mindfulness and tread more lightly on the earth.

A few years back a cool indie doco called Minimalism: A Documentary About the Important Things popped up. Thought-provoking without being preachy, it’s not a two-hour sermon on the evils of capitalism – rather it explores the human behaviours behind always wanting shiny new things and inviting us to question our impulses around buying stuff.

Back in the days where we were scurrying around in leopard-print loincloths, whacking a sabretooth tiger with a club and dragging it back to the cave to roast over newly discovered fire, this desire for more was hardwired into the human brain as a survival instinct. This instinct drove our ancestors to stock up for winter, and ensured that when things were tough the tribe would survive to see more bountiful times. Probably due in large part to a massive stash of mammoth jerky.

In the modern world where our basic needs such as hunger are more easily met, this survival instinct has morphed into the relentless pursuit of more stuff. There is that rush when we buy something brand new like the latest iPhone, and our friends are jealous and we carry it around feeling super cool and trendy.

The thing about stuff is that it pretty quickly becomes obsolete when a newer version comes along. Or iPhone screen cracks, we drop it in the toilet or we feel we need the 12 megapixel camera, not the 10 megapixels of our current phone because those extra megapixels will pick up the grains of quinoa in our food just that much better for Instagram. #blessed

When our stuff stops making us feel fashionable and look wealthy, we chuck it out, usually into landfill, and chase that short-lived rush by buying the newer iPhone.

The doco spells out minimalism as a different kind of materialism. Being materialistic in the sense of understanding the true value of our stuff, acquiring it mindfully and being aware of the instinct to always want more possessions. By recognising that desire and questioning it, the energy and funds we used to spend chasing more objects to get that rush and make us look trendy can be spent on enjoying the moment, creative pursuits and time with the people we care about – not to mention acquiring less things but the stuff we do buy has more meaning to us, that is kinder to the earth in its production and doesn’t end up in landfill or the seas as waste.

Not one or the other
Scroll to top