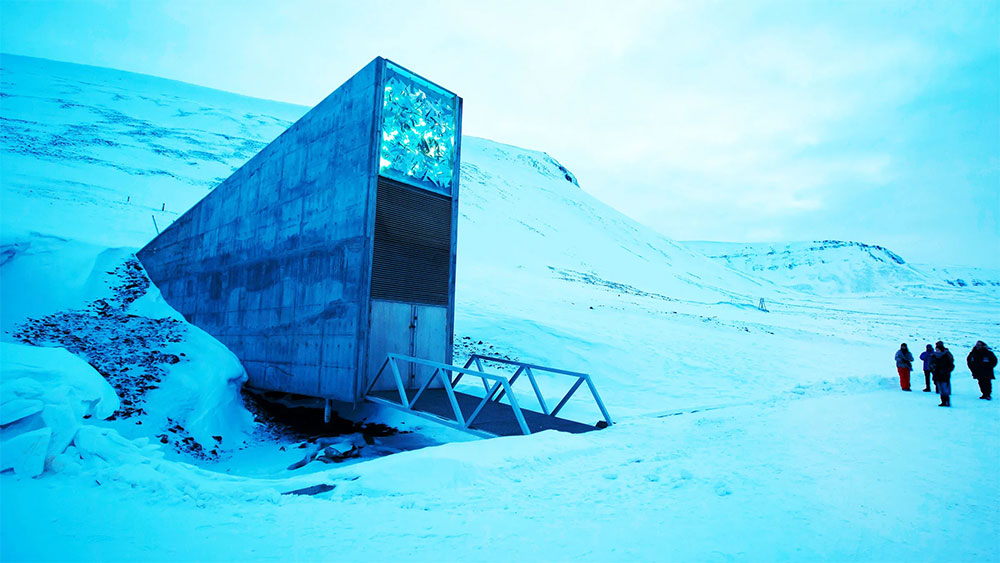 When you hear the phrase ‘doomsday preppers’, you imagine crazy-eyed rednecks brandishing a shotgun and hoarding tins of spam in the bunker they dug in their backyard. Plant scientists lovingly curating seeds amid the softly falling snow may not be the first thing that comes to mind, but this is a thing – and doing a whole lot more good for the future of humanity than some idiot stockpiling toilet paper and bullets for a zombie apocalypse.

Svalbard is the name of a massive underground vault located on a remote island, halfway between Norway and the North Pole. Here biologists have collected nearly a million varieties of crops in total and growing.

There are numerous seed vaults globally but many of these are vulnerable to natural disasters, poor funding or even something as simple as a malfunctioning freezer. Svalbard is designed to withstand the test of time, and serve as a safeguard in the event of global catastrophe, either man made through war, or other events such as widespread natural disasters. The seeds collected in the vault would allow the re-propagation of agricultural and other crops after these disasters.

Permafrost and thick rock ensure that the seed samples will remain frozen even without power. The Vault is the ultimate insurance policy for the world’s food supply, offering options for future generations to overcome the challenges of climate change and population growth. It will secure, for centuries, millions of seeds representing every important crop variety available in the world today. It is the final back up.

All About Permaculture
Scroll to top