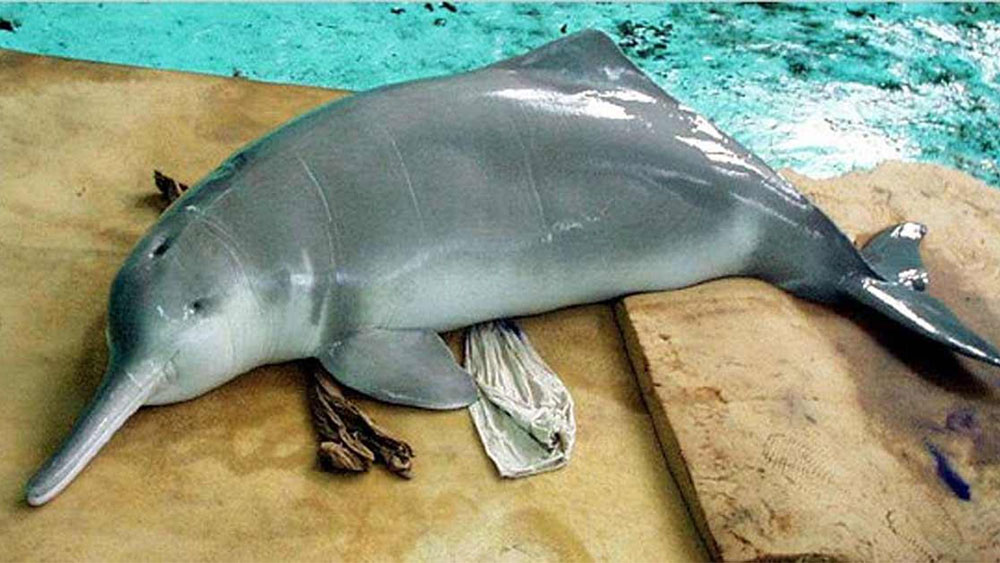 Noise pollution caused the nearly blind river dolphin to collide with propellers. Ship traffic, in the Yangtze River in China multiplied, boats grew in size, and fishermen employed wider and more lethal nets. Stocks of the dolphin’s prey declined drastically in recent decades as well, with some fish populations declining to one thousandth of their pre-industrial levels.

Efforts were made to conserve the species, but a late 2006 expedition failed to find any Baiji in the river. Organizers declared the Baiji “functionally extinct”,which would make it the first aquatic mammal species to become extinct since the demise of the Japanese Sea Lion and the Caribbean Monk Seal in the 1950s. It would also be the first recorded extinction of a well-studied cetacean species (it is unclear if some previously extinct varieties were species or subspecies) to be directly attributable to human influence.

Article and image from Beauty of Animal